Today's Photo Friday can be done no matter what type of camera you have! We're talking about positive and negative space.

Negative space is defined as "the space around the subject of an image." and positive space is your actual subject. If you're more visual, in the photo below the black area is negative space and the baby is the positive space . Areas of a picture that contain "nothing" are important visual elements that provide balance in an image.

Why do we care about this? Sometimes I think we are so caught up in just TRYING TO GET THE PICTURE that we forget about the space around our subject. Especially with children, I think having negative space around them makes them look little (and helps us focus on their faces instead of our unfolded laundry in the background) Don't forget to look up or down to find some clean spaces--sometimes the sky or even your carpets work great!

Used correctly, your negative space should compliment not compete with your subject.

Settings note: Having your camera set to a lower aperture also helps to blur out your background and really make your subject stand out as that positive space.

The Image Is Found are photographers who ROCK at positive/negative space. This session for example.

Go out and try it!

{this is where I would write something about making negative space a positive experience, but I won't. That would be cheesy}
Posted by Harmony at 1:20 PM 10 comments:

Those seem to be the only two settings she came with.
Posted by Harmony at 4:19 PM 6 comments:

Hey! I guess I don't do regular updates on this blog anymore. Photo Fridays are just so much more fun.

That being said, I was recently at a friends house and got to play around with her Lightroom program. IT IS SO EASY! I would say if you want to quickly be able to edit your pictures without learning a bunch of Photoshop talk, give Lightroom a try. You can even download a trial at the Adobe website.

Today I'm going to show you how to add contrast to your pictures in Photoshop.

See the way the line curves? That's called an S-Curve. To get that, click on the line right in the middle. Photoshop will put a dot where you click. After the first click, click again to the left of that one (there is a dot where I put mine) and pull it 'til the line makes an "S." You'll see the photo changing as you do this and after a little playing with it, you'll be a contrast adding pro.

Here's the thing. I use my contrast very sparingly on color pictures. I don't think I would have added quite this much contrast if I wasn't showing it as an example.

Black and white pictures is where I really think contrast shines. I love deep, dark black tones and bright whites. So here's what I do--I convert my pictures to black and white first, using Images --> Adjustments --> Black and White.

I know! This kind of a flat, blah black and white. Use the same method I explained above to add contrast to your black and whites. Again, for this picture just a small amount of contrast works.

Let me know if you have any questions. I'd also love to hear anyone's experience about various editing programs!
Posted by Harmony at 5:36 PM 6 comments:

Learn more about aperture here and shutter speed here.
Posted by Harmony at 10:30 AM 7 comments: 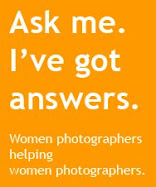